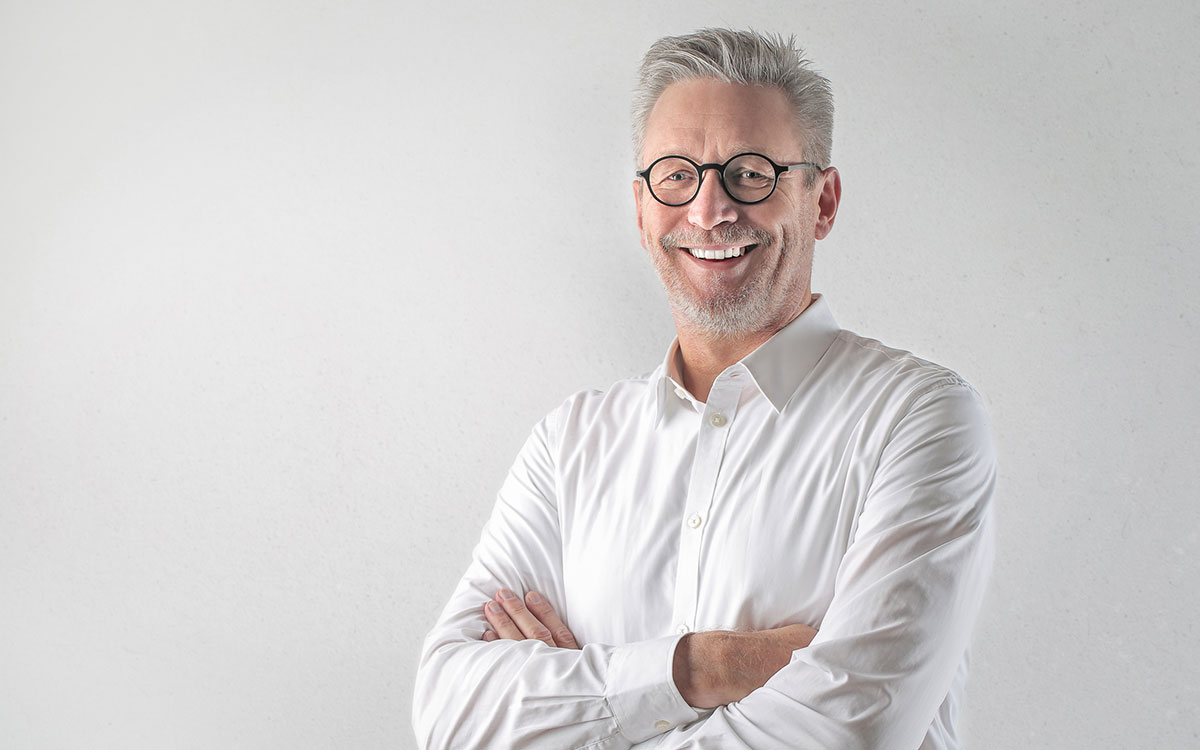 Did you know that age-related hearing loss impacts roughly one in three U.S. adults between the ages of 65 and 74 (and roughly half of those over 75)? But despite its prevalence, only about 30% of older Americans who have hearing loss have ever used hearing aids (and that number drops to 16% for those under the age of 69!). Depending on whose numbers you look at, there are at least 20 million Americans suffering from untreated hearing loss; though some estimates put this closer to 30 million.

There are a variety of reasons why people might not seek treatment for hearing loss, especially as they grow older. (One study found that only 28% of people who said they suffered from hearing loss had even gotten their hearing tested, let alone sought further treatment.) For some folks, it’s like wrinkles or gray hair—just part of aging. Hearing loss has long been easy to diagnose, but thanks to the considerable improvements that have been made in hearing aid technology, it’s also a highly treatable condition. That’s important because a growing body of research shows that treating hearing loss can improve more than your hearing.

A recent study from a research group based at Columbia University adds to the literature linking hearing loss and depression. They gathered data from over 5,000 adults aged 50 and up, giving each subject an audiometric hearing test and also assessing them for symptoms of depression. After adjusting for a range of variables, the researchers found that the odds of having clinically significant symptoms of depression increased by about 45% for every 20-decibel increase in hearing loss. And for the record, 20 dB is very little noise—it’s quieter than a whisper, roughly on par with the sound of rustling leaves.

It’s surprising that such a small difference in hearing generates such a large increase in the odds of suffering from depression, but the basic connection isn’t a shocker. This new study adds to the sizable existing literature linking hearing loss and depression, like this multi-year analysis from 2000 which found that mental health worsened along with hearing loss, or this study from 2014 that found both people who self-reported trouble hearing and who were found to have hearing loss based on hearing tests had a significantly higher risk of depression.

Here’s the good news: The link that researchers surmise exists between hearing loss and depression isn’t chemical or biological. It’s social. Difficulty hearing can cause feelings of anxiety and lead sufferers to avoid social situations or even everyday conversations. This can increase social isolation, which further feeds into feelings of depression and anxiety. It’s a vicious cycle, but it’s also one that’s easily broken.

Numerous studies have found that treating hearing loss, most often with hearing aids, can help to alleviate symptoms of depression. A 2014 study that looked at data from over 1,000 people in their 70s found that those who used hearing aids were significantly less likely to experience symptoms of depression, though the authors did not define a cause-and-effect relationship since they were not looking at data over time.

But other research that’s followed subjects before and after getting hearing aids bears out the hypothesis that treating hearing loss can help alleviate symptoms of depression. Though this 2011 study only looked at a small group of people—34 subjects total—the researchers found that after three months with hearing aids, all of them showed significant improvement in both depressive symptoms and cognitive functioning. Another small-scale study from 2012 found the same results even further out, with every single person in the sample continuing to experience less depression six months after beginning to use hearing aids. And in a study from 1992 that looked at a larger group of U.S. military veterans suffering found that a full 12 months after starting to use hearing aids, the vets were still experiencing fewer symptoms of depression.

Hearing loss is hard, but you don’t have to go it alone. Finding a hearing specialist, getting your hearing tested, and learning about your options could help improve more than your hearing—it might positively impact your quality of life in ways you hadn’t even imagined.