These Foods Can Make Tinnitus Worse 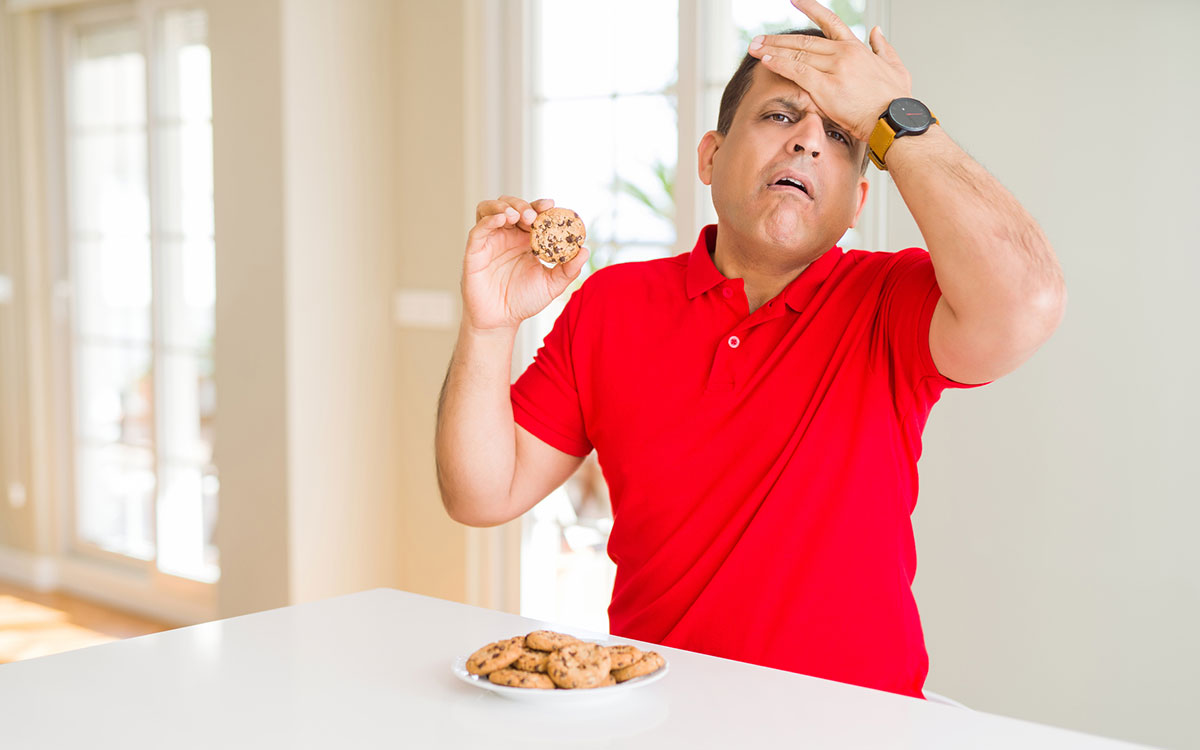 Tinnitus symptoms are rarely constant; they seem to come and go, sometimes for no discernible reason at all. Maybe you’re getting into bed one night and, apparently out of the blue, your ears start ringing something fierce. As you lie in bed, you think back over your day, and there are no clear triggers for this episode: no loud music, no shrieking fire alarms–nothing that might explain why your tinnitus chose 9 PM to mount a flare-up.

So maybe it’s the food. We don’t typically think about the connection between food and hearing, but there’s a bit of research and evidence to suggest that certain foods can make tinnitus worse, and other research seems to refute that. Since everyone is slightly different, and some people have food sensitivities, you should keep a food journal to determine whether food triggers a reaction in you. Here are some of the foods most often blamed for making tinnitus worse.

Let’s just cut right to the chase, shall we? You want to know which foods you should avoid so you can make sure you never have to go through one of those food-generated tinnitus episodes again. Some foods to consider avoiding could include:

Alcohol and tobacco should be high on the list of things to avoid. Okay, okay, “tobacco” isn’t necessarily food, but if you want to minimize tinnitus episodes (and the severity of those episodes), you’ll avoid smoking and drinking as much as possible.

Both alcohol and tobacco products can have a significant impact on your blood pressure (to say nothing of your overall health). The more you drink (and smoke), the more likely your tinnitus will be to flare up.

One of the best predictors of tinnitus flare-ups is your blood pressure. When your blood pressure goes up, your tinnitus gets worse. That’s why sodium should definitely be on your list of food substances to avoid. Whether you love french fries or just put salt on everything, you’ll want to cut way, way back.

There are some foods that are surprisingly high in sodium, too, such as ice cream (which you don’t typically think of as tasting particularly salty). You’ll want to keep an eye on sodium levels in anything you eat to avoid a surprise tinnitus episode.

If you’re avoiding sodium, it should come as no shock that you should also be avoiding fast food. Most fast-food joints (even the ones that bill themselves as a healthier option) serve food that is loaded with salt and fat. And, again, that’s going to have a huge impact on your blood pressure and, therefore, your tinnitus. Fast food outlets also tend to serve shockingly large beverages–and those beverages are mostly sugar. Which brings us to the next food you should avoid.

We all love candy. Well. Most of us love candy. Every once in a while, you’ll come across someone who genuinely prefers broccoli over chocolate. We try not to judge.

Unfortunately, sugar can really throw off the balance of glucose in your body. And as you’re trying to fall asleep at night, a small disturbance to that balance can mean lots of tossing and turning. And the more you toss and turn, the more you start listening for that ringing and buzzing.

So, we saved caffeine for last because, well, we get it. This is the one we’re least happy about having to give up. But having caffeine late in the day–whether from soda, tea, or coffee–can really mess up your sleep cycle. And the less quality sleep you get, the more your tinnitus is likely to flare up.

So it’s not really the caffeine itself that’s the issue, it’s the lack of sleep. Drink your coffee or tea in the morning–and switch to a non-caffeinated beverage before dinner.

You Still Have Your Favorites

This list is by no means comprehensive. You’ll want to talk to your hearing specialist about any dietary changes you might need to make. And it’s worth remembering that everyone will be impacted differently by dietary changes, so it might even be worth keeping a food journal where you can track what affects you and by how much.

Knowing what foods can trigger a tinnitus episode can help you make smarter decisions moving forward. When you start tracking what you eat–and what happens to your ears afterward–you might start to notice patterns, and that can take some of the mystery out of your tinnitus symptoms.

If you go for that last cup of coffee, at least you know what you’re in for.

Researchers Refocus on Tinnitus
How to Take Control of Tinnitus
Why Do I Hear Crackling in My Ear?
How Is Tinnitus Treated?
The Truth About Vitamins and Tinnitus