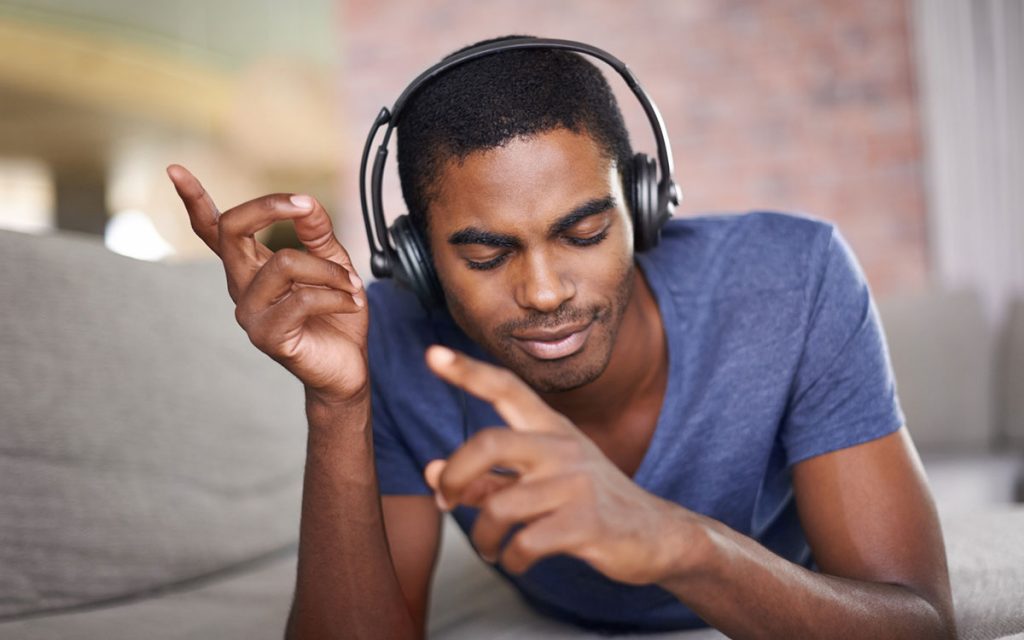 Seth is a hip dude. He listens to the coolest bands, has a great job at a local ad agency, bikes to work, and tries to eat in an environmentally sustainable way. He’s just celebrated his 26th birthday, so to say that he doesn’t often think about hearing loss would be a significant understatement.

The problem is that Seth should be thinking about hearing loss.

How Common is Hearing Loss in Younger People?

It’s tempting to think of younger individuals with hearing loss as an outlier. You put your earbuds in, blast your music, and bike to work–content in the illusion that hearing loss is something that only happens in rare cases, especially at your age.

The truth is that hearing loss is shockingly common in young adults–even those in their twenties. According to one survey, nearly 20% of adults in their twenties have some form of hearing loss. That’s one in five people, for those of you who are not great with math. The numbers are high enough that organizations such as the CDC and WHO are taking notice.

Because if one-fifth of those in their twenties have some form of hearing loss and they don’t change their behaviors or seek treatment, the problem is only going to get worse. The more you expose your ears to damaging noise levels, the further your hearing will deteriorate.

Seth’s grandmother was recently diagnosed with hearing loss–and it wasn’t all that surprising. She worked in a car factory for decades. She wore hearing protection, but not at the recommended levels, and little by little her ears gave out. Somehow, her hearing loss feels almost… normal.

Younger adults experiencing hearing loss is relatively new and unexpected. There’s been some intense speculation on what’s causing this surge in hearing loss in young adults.

Mobile smart devices (or “phones,” as the kids call them) make it easier than ever to listen to your favorite music. Most younger adults have never lived in a world where they have to go eight or ten hours a day without listening to their tunes. The problem is that many of these young adults are constantly listening to their music at a damaging volume without even realizing it.

More people are living in urban areas than at any point in the world’s history. (That’s what happens when there are about 8 million people living on the planet.) Because there’s so much activity in such a small place, the noise density in cities tends to be quite extreme. This means that you could suffer hearing damage just by walking down the street or spending more than two hours driving around the city.

Okay, it’s not just the volume, it’s the non-stop noise. Your ears need breaks every once in a while, time to recover (just like you do!). Even lower volume sounds can become damaging if they’re persistent enough, and these days we live in a world where there is something on somewhere all the time, whether it’s the phone, TV, podcasts, billboards–we’re surrounded by noise like never before.

There are two keys to preserving your hearing for the long term: First, you need to be aware of the problem. Second, you have to do something to prevent the problem. Most people assume that only painfully loud noises will cause damage, but the threshold is actually fairly low: about 85db (consider your awareness raised).

Of course, it’s hard to imagine what 85db looks like (think of a lawnmower), so many people will use free decibel measuring apps to help them know when they’re approaching the danger zone.

Likewise, wearing earplugs or earmuffs when the noise level gets too high can help you preserve your hearing even when things get unavoidably loud. Seth, for example, should probably use hearing protection when he bikes to work.

Once we recognize that younger adults are at heightened risk–that hearing loss has been observed in significant numbers in those in their 20s, 30s and 40s–we can start to prevent and treat the hearing loss we didn’t even know was happening.