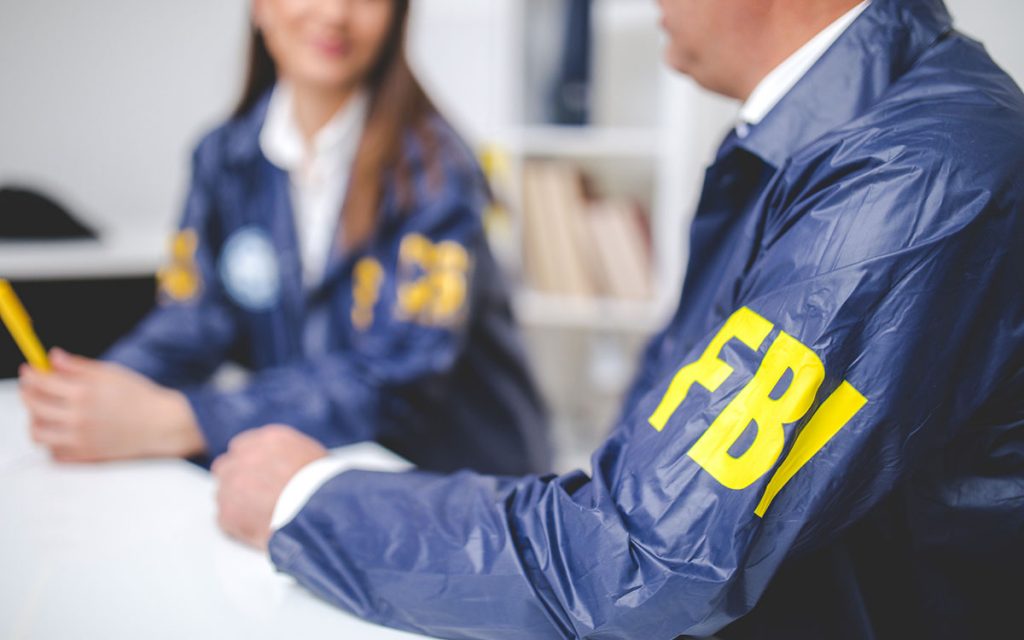 Are you ready for anything? If you want to join up with the FBI, you need to be. That’s why the physical requirements to join the FBI academy are quite rigorous. And also pretty strict. An asthma attack while you’re chasing down bad guys can put a damper on your day (and, you know, put you and your partners in danger).

That’s why one of the rare exceptions to those FBI entrance standards is so inspiring. Nicole Lopez is a special agent in the FBI and she’s been deaf in one ear since she was a kid. Resourceful and intelligent, Lopez has proven that hearing loss doesn’t have to slow you down.

Lopez had always been an athlete and a leader. According to an interview with People magazine, she never let her hearing loss get in the way of what she wanted to do as an athlete. In college, she played the position of “setter” on her volleyball team–a position that required her to communicate often and clearly, something her hearing loss could have made more difficult.

But Lopez adjusted. Just as she adjusted when she joined the military and served in Afghanistan. That’s not to say there were no setbacks. Lopez had always planned to enlist in the armed services and then join the FBI, but she was turned down when she tried to enlist the first time–on account of her hearing.

According to that same interview, Lopez had never really looked at her hearing loss as a disability, but those rejections represented the first time she felt as though maybe she wouldn’t be allowed to do what she had always planned to do.

Still, she persisted and was granted a waiver from an ROTC program in Michigan. Eventually, Lopez served in Afghanistan and is now an FBI special agent (every agent at the FBI is called a special agent–it’s just how they roll) investigating violent crimes.

Lopez is making a positive difference in the world–and so she’s an inspiration to everyone who never let an impairment stop them from pursuing their dreams.

Following in Her Footsteps?

Does that mean anyone with Lopez’s level of hearing loss could follow in her footsteps? That’s difficult to say, as Lopez met her setbacks with her own unique mix of grit, determination, and persistence.

But Lopez has certainly proven that such a course is possible. It’s true, she might not be the first individual with a hearing disability to serve in the FBI (it’s tough to tell, as the FBI doesn’t very detailed records on that specific detail).

It’s likely that, with Lopez leading the way, more individuals will be able to see what she’s accomplished and pursue a similar career path. The visibility of Lopez’s success means that others–perhaps those who are feeling deflated or defeated–can be encouraged to keep at it.

Is Hearing Loss a Disability?

Because the reality is that, for many, hearing loss is a disability–at least, as defined by legal precedents. Hearing loss is protected under the Americans with Disabilities Act (ADA) and can be covered by the Social Security Administration Disability Benefits program.

Under the ADA, most workplaces are legally required to provide equal opportunities to those with hearing loss (though there are always some exceptions). So, you can’t be passed over for a promotion or denied a job simply because you have hearing loss (or any other disability).

Lopez is an inspiration because, in theory, both the FBI and military had reasonable cause to deny her enlistment (one of those previously mentioned exceptions to the ADA)–but she proved with her tenacity and her competence that she could make a positive contribution, and she’s followed through on that.

You Can Do It!

Hearing loss is going to make certain activities slightly more challenging–at first. But as you adjust (and as start using hearing aids and other technology to hear more fully), you’ll notice that many (if not all) of your goals are still achievable.

In other words, you can still focus on living the life you want to live (cheesy as it sounds). And now we all have an inspiring role model in the form of one Nicole Lopez–a real-life special agent with the F.B.I.