Feel Dizzy? It Could Be This 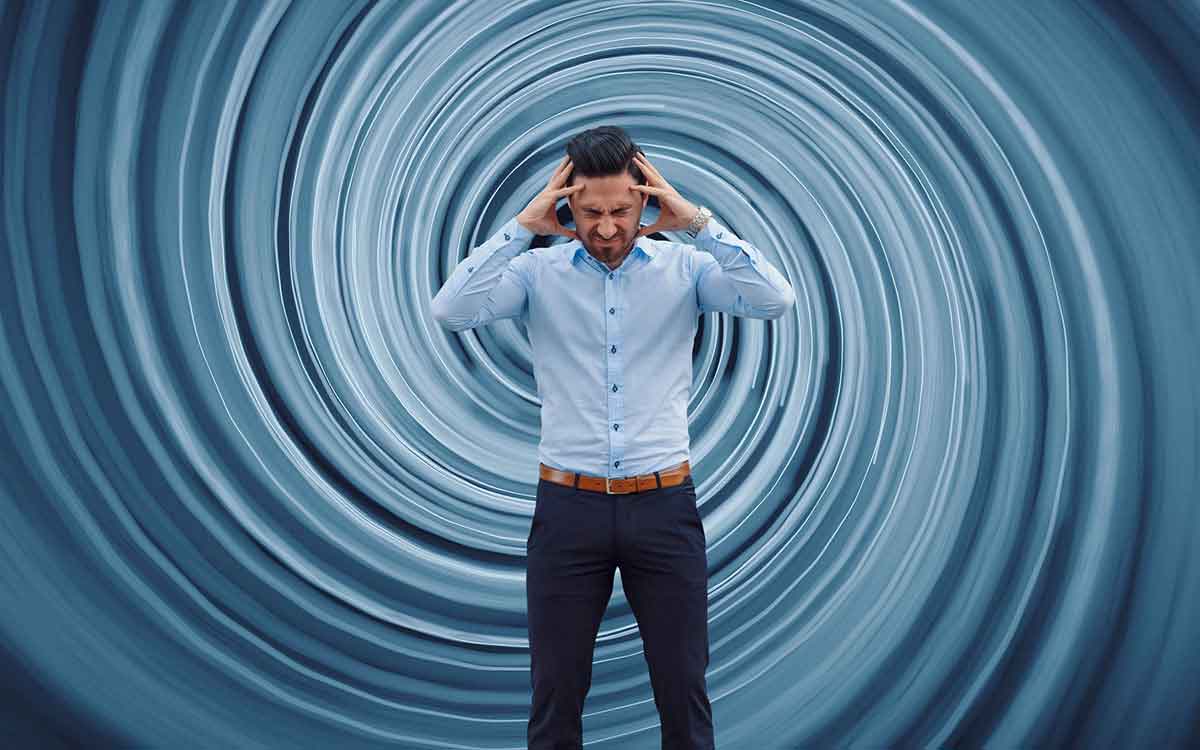 You know something is wrong when the room starts spinning. It’s one of those universal signs that something’s not quite right. But dizziness is also relatively common. Everyone has probably felt the twisting, turn-y sensation that results from a spatial disagreement between your eyes, your brain, and your inner ear.

Still, when you get out of bed in the morning and feel the world going topsy-turvy, your entire day comes to a halt. What could be causing that dizziness? And how important is it that you find out?

Dizzy feelings or sensations are pretty common, but that doesn’t mean they should be easily dismissed. Janet, for example, has been feeling dizzy off and on for a few weeks now. When she stands up too quickly, the world starts spinning. Then, after a few minutes, everything goes back to

There are a couple of ways in which dizziness can actually be relatively dangerous:

When you’re young, dizziness is relatively fleeting and not really of concern (maybe you’ve been running around in circles too often). But as you age, the concern around dizzy feelings grows. The underlying causes get more serious and the secondary issues become more dangerous (a fall when you’re 6 is a lot different from a fall when you’re 60). So recognizing the causes of dizziness is vital to your long term health.

What’s Causing Me to Feel Dizzy?

Dizziness can be caused by a wide variety of factors, some of which are more serious than others. Some causes could include:

Okay, that’s a mouthful. Let’s go with BPPV for short. Essentially, BPPV is that sensation you get when you stand up too quickly and feel a little light-headed. You might also get this feeling when you’ve slept in a funny position.

The important word to emphasize here is “benign.” That’s because BPPV is basically harmless (though you should still be careful that you don’t fall and injure yourself).

As you get older, you’re more likely to start taking multiple medications (it’s the circle of life). And many medications list “dizziness” as a possible side effect. If you experience dizziness from a medication you’re on, it’s probably a good idea to talk to a medical professional about possible remedies.

Coping with heat is tough. Your body has to work hard to shed excess heat (hence, you know, sweating profusely). When your body starts to overheat, or when it becomes dehydrated, maintaining your equilibrium can become excessively difficult. If you experience dizziness due to overheating or dehydration, try to hydrate, stay cool, and seek medical attention.

Connection Between Hearing and Dizziness

It’s worth noting that there is a strong connection between your ears and your stability. Janet, for example, may be having problems with her inner ear that contribute to her occasional dizziness. Meniere’s Disease is another condition which can cause tinnitus, hearing loss, and extreme vertigo.

In many cases, issues with your ears or with your hearing will be able to be addressed by a hearing specialist. That’s good because it’s not at all uncommon for one flare-up to lead to another (for example, a flare-up of tinnitus symptoms may lead to a feeling of dizziness as well).

Whatever happens to be causing your dizziness–whether it’s ear-related or not–it’s important that you don’t simply ignore the feeling. Sometimes, yes, dizzy spells will be temporary and go away quickly. But if you’ve noticed yourself feeling dizzy more often lately, it’s important that you talk to a professional. If you think the problem is starting in your ears or you’re experiencing hearing loss along with dizziness, talking to a hearing specialist can be a good move, too.

If the room is spinning, your body is telling you something. It’s never a bad idea to listen and get it checked out.