Do You Have Misophonia? Or Is It Hyperacusis? 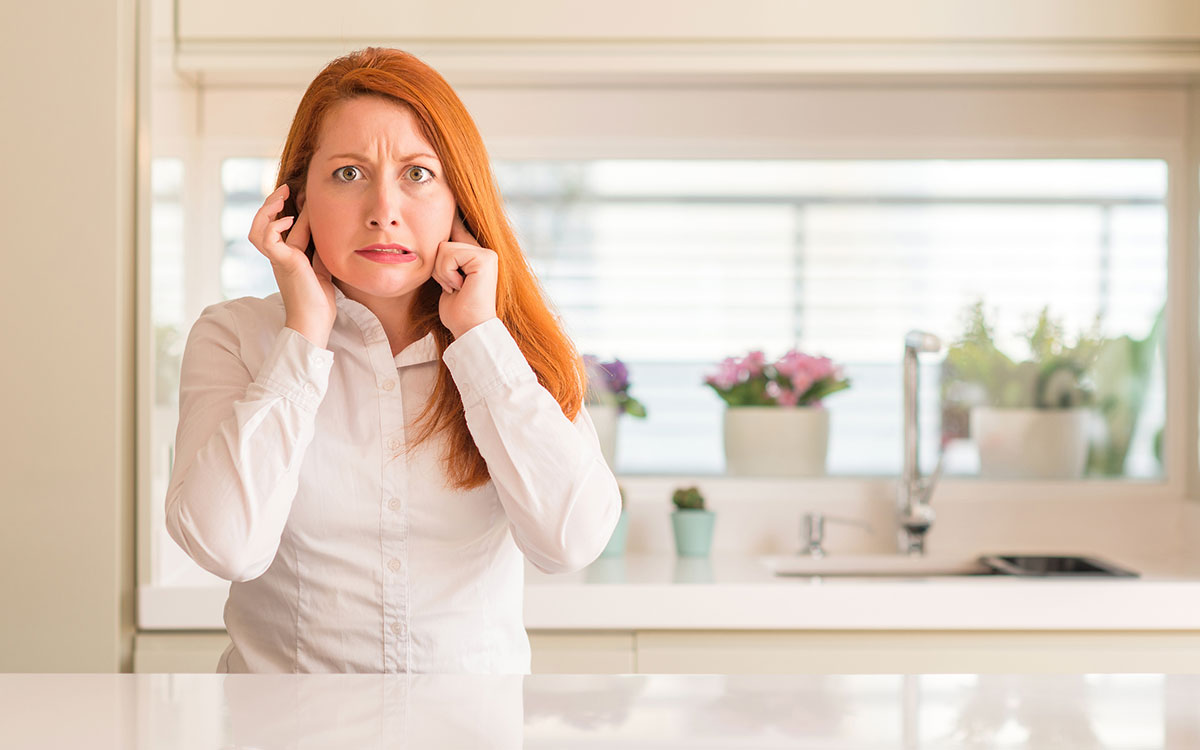 Pain or rage, that’s what it boils down to. Wow, that sounds… a bit dramatic, we’ll admit. But when you’re trying to distinguish between misophonia or hyperacusis, your reaction to sound is a useful diagnostic. Let’s take an example: that sound of a fork scraping on a ceramic plate.

Now, if you hear this sound, there are three possible reactions you could have. You could shudder with discomfort (normal). You could experience extreme pain in your ears (hyperacusis). Or you could abruptly walk away from the room because you are so upset by it (misophonia).

Misophonia is a hearing condition in which a specific sound (or set of sounds) provokes an emotional reaction that may seem irrational or disproportionate to the sound. The triggering sound can vary wildly. For some people, it could be the sound of chewing. For others, it might be the sound of knuckles cracking. There’s little rhyme or reason to which sounds cause a misophonia attack and which do not.

When misophonia strikes, you may experience physical and emotional symptoms. If loud chewing is your trigger, for example, and suddenly you hear that lip-smacking sound, you might experience the following:

Misophonia attacks are not necessarily associated with volume levels. So when you hear that specific trigger sound, you may have an attack no matter how loud the actual sound is. The only benefit to quieter trigger sounds is that they’re easier to drown out with something else. For most people, misophonia tends to wax and wane throughout their lifetimes. But most often, it never truly goes away.

Not the Same as Irritation

Nobody likes the sound of nails on a chalkboard. Or forks scraping on a plate. But the irritation you feel when you hear those awful sounds is not the same thing as misophonia. It’s one thing to dislike an awful sound. Your response becomes a sign of Misophonia when the reaction feels disproportionate or “over-the-top” to a normal sound. One way to measure this is whether it feels like hearing that sound interferes with your normal daily activities or your enjoyment of daily activities.

So, pain can often lead to anger (I won’t start quoting Yoda, don’t worry). If a sound hurts your ears, you’ll likely be angry when you hear it–after all, it’s causing you pain! And that pain can linger, buzzing and ringing in your ears for days or weeks. Here’s the key, though: the anger stems from the pain. If you don’t feel any pain, but get angry, it may be misophonia.

Hyperacusis is a condition in which your ears become extra, painfully sensitive to specific sounds. The fork scraping the plate happens a normal volume, but you perceive it as though it’s as loud (and painful) as a jet engine.

There are several ways in which hyperacusis is much different from misophonia:

There are two big things that misophonia and hyperacusis have in common. First, they’re both commonly linked to tinnitus (though that’s more true of hyperacusis). The cause and effect here isn’t all that clear, but the link is pretty common.

Second, hyperacusis and misophonia can both be successfully treated with hearing aids. In the case of hyperacusis, hearing aids can assist in sound therapies designed to help you cope with these sound attacks.

With misophonia, hearing aids can be programmed to detect and drown out triggering sounds. This specific hearing aid technology is relatively novel, but success has been marked and encouraging.

Misophonia & Hyperacusis Are Related… but Different

Misophonia and hyperacusis are certainly related conditions, in that they both involve some miscalibration and miscommunication between your brain and your ears. A hearing specialist will be able to help you tell one from the other and treat accordingly. Whether it’s difficulty dealing with emotions or pain you’re coping with, that treatment can help you minimize attacks and symptoms.

That way, the audio landscape of your life doesn’t have to be a minefield. And we can leave the dramatics behind.

Protect Your Hearing With… Drugs?
This Common Condition Is Associated with Depressio...
Is it Because of the Speech Banana?
Reversing Hearing Loss? New Research Shows Promise
Common Causes of Ear Blockages